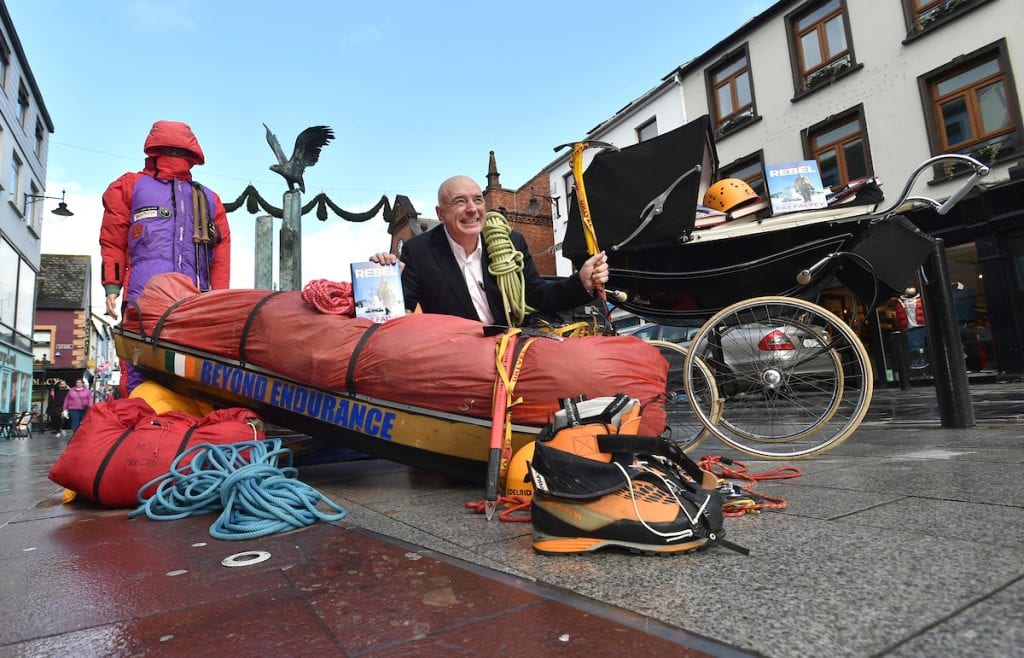 Pat Falvey “hangs up his boots”

Ireland’s greatest living explorer Corkman Pat Falvey at the Market Cross, Killarney at the weekend when announced that he has retired from extreme adventuring following a lifetime of conquering the world’s highest mountains and most remote regions. Falvey was the first Mountaineer in the world to conquer the highest mountains on seven continents, not once but twice, including Mount Everest North and South.

END_OF_DOCUMENT_TOKEN_TO_BE_REPLACED 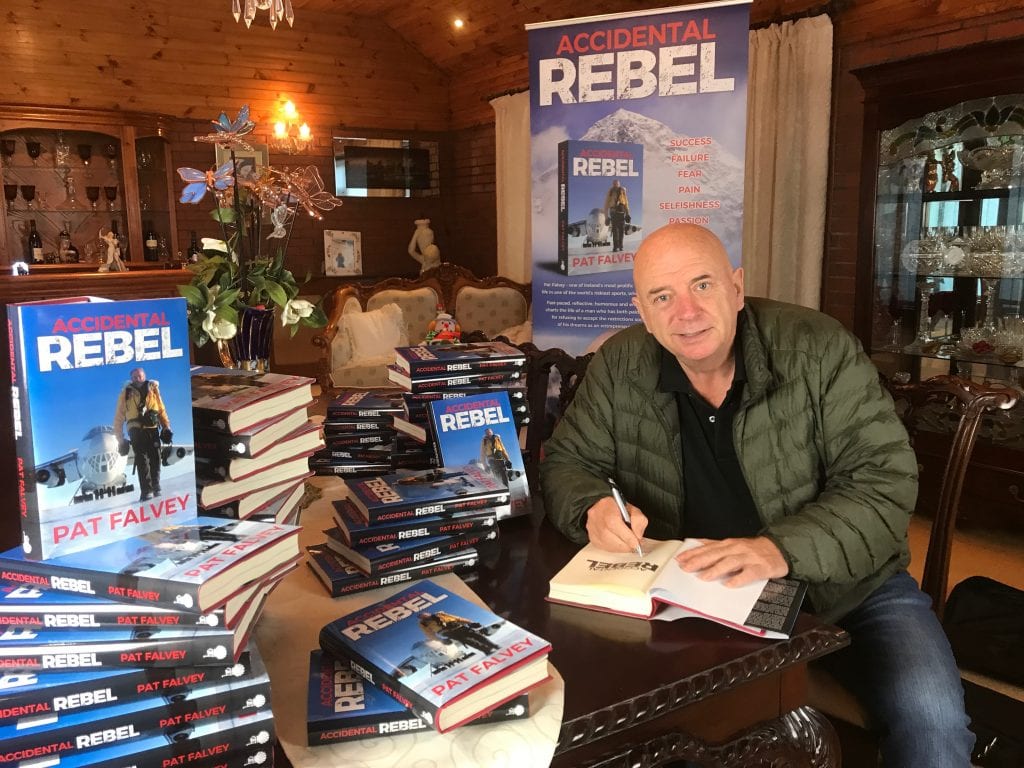 Fast-paced, reflective, humorous and emotionally honest, Accidental Rebel details the life of a man who has both paid the price and reaped the rewards for refusing to accept the restrictions society put on him in the pursuit of his dreams and a life of adventure.